Let’s Stop Asking if Trans People had “the surgery” 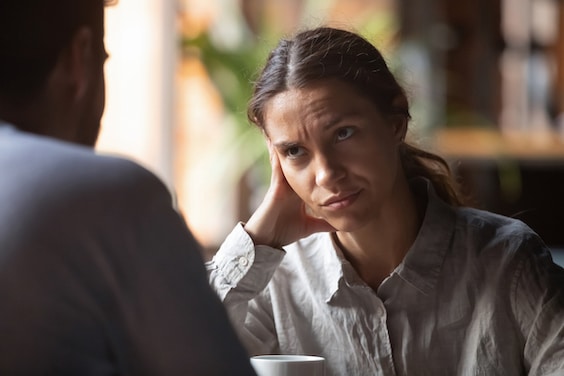 I am the mother of a beautiful 19-year-old woman. She is smart and funny, and she can harmonize like nobody’s business, a vital skill when your mom is a singer.

When I run into someone I haven’t seen in a while, they ask me about my life and of course, about my daughter.

“She is my daughter,” I answer, proudly. Every time I say it, I smile with the pride of a mama bear who has received the gift of watching her child find and live her truth. I then briefly explain that my daughter is transgender, and I tell them her name. I like to call it her real name; the one she owns rather than the one I gave her to try on for a while.

The response I get is almost always the same. One question everyone asks:

“Did she have the surgery?”

If I made a top ten list of the worst things to say when you learn someone is transgender, this would be number one. My response varies from helpful to disdain, based on my relationship with the person asking and my willingness in that moment to invest energy in an explanation. I love educating people on LGBTQ+ topics, so much in fact that I made it my career, but sometimes I am not the teacher. Sometimes I am a mama bear, and that question is poking the bear. So, what’s wrong with asking? Everything.

Surgery does not make someone Transgender

A person is transgender when their gender identity does not align with the gender they were assigned at birth. There is no prerequisite or requirement beyond self-actualization.

Some people want surgery, some people do not, and some people aren’t given the luxury of a choice because they can’t afford it. Many trans people are rejected by their families and financially on their own at earlier ages than cisgender people (those who do identify with the gender they were assigned at birth). The decision to have surgery is simple for some and extremely painful and complicated for others.

There are several surgeries that a transgender person can elect to undergo. Procedures are offered for faces, chests, voices, and more, but the question asked always refers to “the surgery” as if there is only one. This question is specifically asking about genitalia.

Imagine if this happened to you:

You are out having lunch with a colleague. Someone you haven’t seen in a while spots you and stops at your table to say hello. You chat for a bit and take out your phones to show recent pictures of your family to one another.

“Your son is beautiful,” the person comments while looking at a picture, “is he circumcised?” When I describe this scenario in LGBTQ+ awareness training sessions, I can see the instant aversion on every face. It is uncomfortable even in a classroom setting to ask such an invasive question, yet I see no hesitation or discomfort when people ask me the surgery question. Sometimes I can’t resist responding to “did she have the surgery?” with “did you just ask me what’s between my daughter’s legs?”

My mother gets this same question posed to her when she shares her granddaughter’s truth. I love her response: “Even I don’t ask that question and I’m the grandmother!” It’s as surprising to her as it has been to me to see just how many people ask us. There is one person who does not get this question every single time: my daughter. People are much quicker to ask a parent or grandparent, or even a friend, because they know not to directly ask someone such a personal question. If asking her is too invasive, then why would asking me be kind?

Curiosity Does Not Equal Kindness

It is kind to ask questions to learn more about someone; it shows that you are interested, and you care. If the purpose of your question is to satisfy your own curiosity, however, you are confusing selfishness with kindness.

If you aren’t sure if a potential question is selfish or kind, stop and ask yourself: (1) is this question an invasion of someone’s privacy, and (2) is it possible that the answer could bring up bad memories or painful feelings for the person being asked?